This list of biases and heuristics can be considered your shopping list of insights that at any point you could pick up and start trying.

When there is little information, a decision can be based on the cost of being wrong. The brain has evolved to reason adaptively, in an attempt to reduce the cost of cognitive errors, rather than the frequency.

A decision making shortcut that relies on emotion over logic.

Cues that indicate how you might act, as a door handle indicates you can open the door.​

This is the likelihood of choosing a known risk over an unknown risk.

The tendency to give greater importance to the opinions or statements of those in authority, irrespective of their knowledge, skill or true authority.

When creating a mental projection, people will use things that more easily come to mind, this is often the vivid, emotional or unusual stuff.

The tendency to disregard the 'base' information and instead focus on smaller more specific information.

A well-known term. This is being selective in the information that you choose to consider.

When given a challenging selection of choices, it becomes very hard to make any decision at all. Here a short-cut decision is likely to be made (either do the 'default' thing or do nothing).​

It often has strong benefits to reduce large tasks into smaller, related chunks. Smaller chunks are seen as less daunting and are therefore more likely to be completed.

Overestimating the importance of small patterns in large samples of random data.​

Ever deep in conversation then you suddenly tune in to someone talking about you from across the room? This is the power of grabbing our attention with personalisation.

Easy is better, nearly always. If there's a choice between easy and easier, easier is more likely to be the chosen direction.

The state of inconsistent thoughts, beliefs or attitudes, beyond your present knowledge.​

We like to look committed. This has been used successfully with customer services that repeat a task back to a customer as a question, once they confirm, they're more likely to complete the task. "So you're able to complete that form?" "Yes" - gotcha!​

Perhaps unsurprisingly we process the concrete over the abstract with much greater ease. This means it's likely that 'Save £10' is a stronger message than 'Save money'.

Interpreting information in a way that confirms your preconceptions.

The assumption that specific conditions are more likely than general ones.

The change of perception in relation to contrasting objects.

The idea that because a communication strategy costs a lot of money (heavy weighted envelopes, large street ads...), it may increase the potential for the messaging to be a success as there is an assumption that only really good things are worth that amount. The cost can also be in time or energy/effort.

Choice paralysis; when given the choice, people favour the default option.

The tendency to attribute a higher value to something that has or will take more effort than the truer value of the effort afforded.

Considering something to be your own leads to the tendency to create a higher worth for it than you'd give it if you didn't own it.

Whether you're trying to get customers to switch from a competitor, to buy a greater range of products or to pay a premium, businesses need to understand behaviour change.
‍
Behavioural science - the study of how to effectively change behaviour - should therefore be a topic all businesses are interested in. There are many areas that behavioural science can be applied commercially, with music and atmosphere being some of the least exploited.
‍
Startle are at the forefront in this area.

Consultant and author of the choice factory 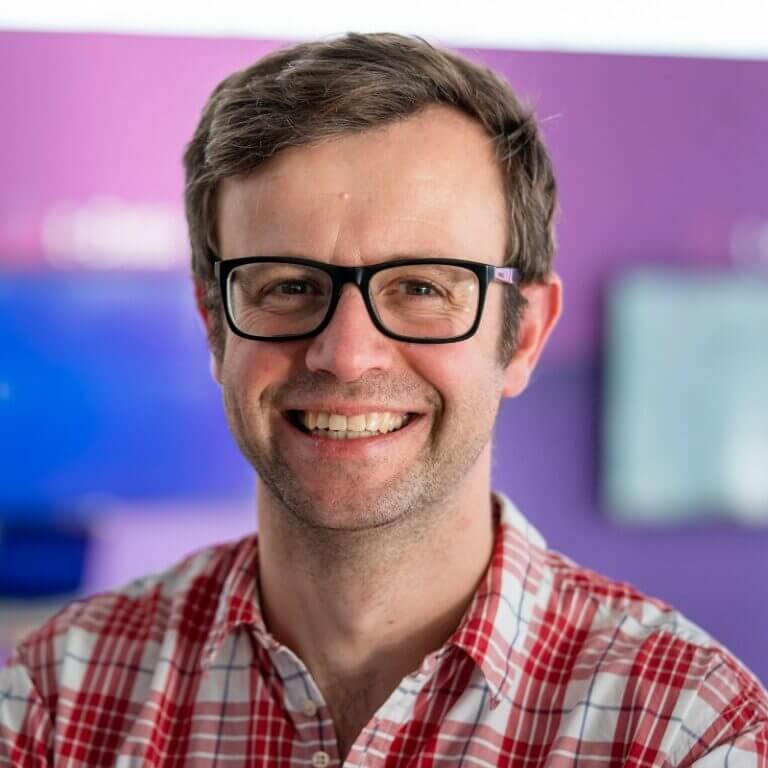 This is the propensity to avoid making what could be deemed an extreme choice as this would be of higher risk to your social credentials or safety.

The tendency to overestimate how much other people agree with them.

What it says on the tin, the fear of regretting a decision.

The tendency to propose a high accuracy to vague descriptions of 'them', that could, in fact, describe anyone. This is the basis of fortune telling and personality tests.

Using the context of information in a way as to create new meaning.

Ever got stuck on a roulette machine, thinking about your chances of winning next time around? This is the belief that past events have an influence on future probabilities.​

Ever noticed that you speed up the closer to completing a goal? Well, you do, so there.

The desire for harmony in a group, which leads to dysfunctional decision making.

The knock-on of one positive impression to another potentially unconnected piece of information. This is also known as Source Effect, particularly in relation to influencer or celebrity endorsement.

People act differently when they are being watched. This can obscure test results and experiments. If you want to remove this effect (as best as possible) set up the research as a field or natural experiment.

You can have one sweet now, or the whole bag in 3 months. What do you choose? This is the tendency to prefer immediate payoffs relative to later payoffs.

Attaching a higher value to things you have made in part by your own efforts (actual or perceived).

People falsely believe that they are taking in everything that happens in front of them, rather than just the information they are focusing on.

The overestimation of your control over external factors.

Seeing a correlation between two unconnected pieces of information.

Overestimating your positive attributes and underestimating your less desirable qualities relative to other people. "I know I'm grumpy, but they're much more grumpy than me..." (says the grumpiest person you know).

Favouring members of your own 'group' over members of other 'groups'. The definition of the group can be very arbitrary.

The illusion that you have insight into your own mental states when this is often not true, and treating others introspections with scepticism.​

Going the extra mile. Classic sales technique. The reason being, we value things more highly when we perceive greater effort has been taken on your behalf.

Being more susceptible to the ideas of someone you like.

The pain of giving up something is greater than the joy of acquiring something. Losses weigh heavier than gains. 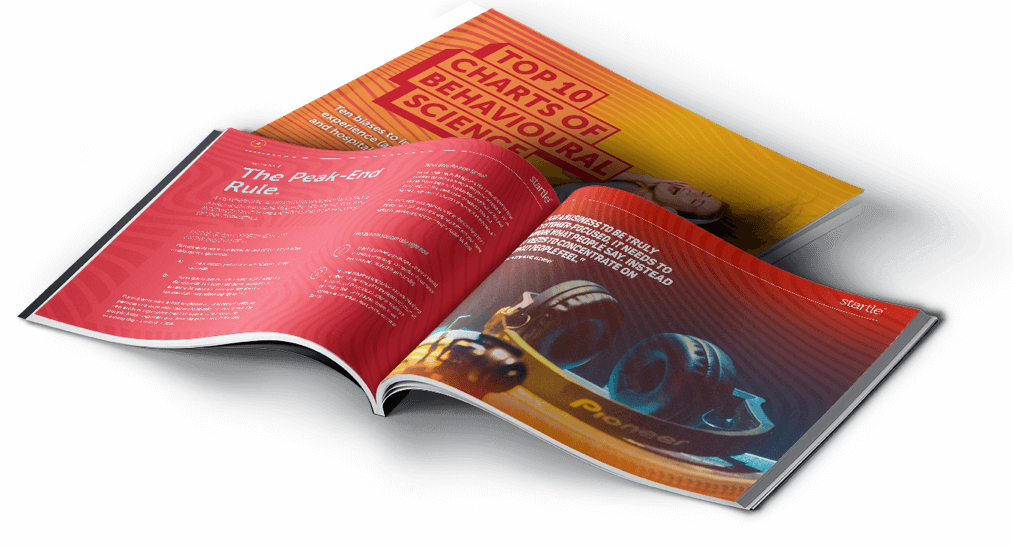 Being biased towards data due it being measurable, rather than it truly being of use. Just because it can be measured doesn't make it useful information. Of course, the opposite is also true.

Outside awards or motivations such as money or punishments can undermine intrinsic motivations.

To be obsessed with the new.

An aversion to things or information that stems from a place considered 'other'.

The tendency to perceive an experience by an average of its climax and stand our moments, rather than on the whole.

The underestimation on how long tasks may take to complete.​

We are actually more likely to trust, believe and like things that admit error or seem more fallible. Admitting a product downside could actually increase the likelihood of purchase as instead of wondering where the 'hidden downside' is (and whether it'll cause a big problem) a customer can easily overcome the known downside as it reduces the risk of it being bad (beyond the known risk).

Spend £20 now on some new shoes, or save £20 a month forever and have a better pension pot? We are more likely to favour shorter gains over longer-term gains. This makes pension savings a tough call.

In a long list of items, the things at the beginning and end are likely to be remembered most vividly. (So if you're reading this whole list of biases, this is the middle section that you're less likely to remember later on...)

People are able to make up an opinion about anything when asked. It doesn't mean that their answer will truly represent their actions, intentions or decision-making processes. This can be the source of useless insight.

If you think there's a fair chance you'll regret a decision, you'll likely aim to reduce the chance of regret.​

Judgements that are based on similar issues that are considered known quantities. The 'illogical' thought here is that like goes with like and that cause and effect should be the same.

Things that are distinctive stand out from their 'peers' and are more likely to be remembered.

The assumption that anything scarce is valuable.

The tendency to stake more of a claim to successes than failures.

Baa! This is the tendency to follow the crowd. 🐑

The power of a narrative to elevate information.

Giving the status of truth to something that is really belief-based thought, this can give meaning to unrelated or coincidental occurrences.

In investment terms, people tend to justify further investment into something based on having already invested (even though this original investment may have been wrong). In for a penny, in for a pound!

Okay, that's not a real one. But if you've gone through this whole list you deserve a Mars bar and a coffee.